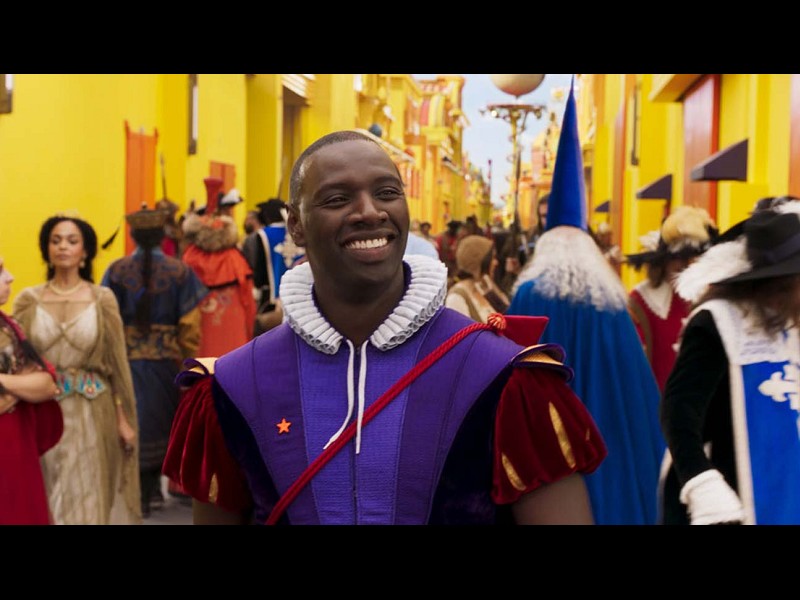 Falling somewhere between The Princess Bride and Inside Out, this latest feature from Michel Hazanavicius is a charming coming-of-age story set just outside Paris.

In this deconstructed French fairy tale, Omar Sy plays Djibi, a widowed father whose entire life revolves around that of his 11 year old daughter, Sofia (Sarah Gaye).  Initially enamored by her dad’s bedtime stories, Sofia is turning into a young adult who needs her own space.

Djibi is clearly not ready for the onslaught of Sofia's pubescence, his emotional state reflected in the technicolour fantasy world he visits in his mind each night while telling stories. In that world, which takes on the guise of an old Hollywood studio lot filled with costumed actors, Djibi has always been The Prince — the star of the show and his daughter’s hero. Now he’s being replaced by Sofia’s new boyfriend,  and must embark on a quest to get back to top billing status.

Like Hazanavicius’ other features - The Artist, Redoubtable, and the OSS spoofs - attention to the period details is part of the charm; with its flourishes and emotional highlights, brings The Lost Prince closer to a Hollywood production. (Jack Whiting)