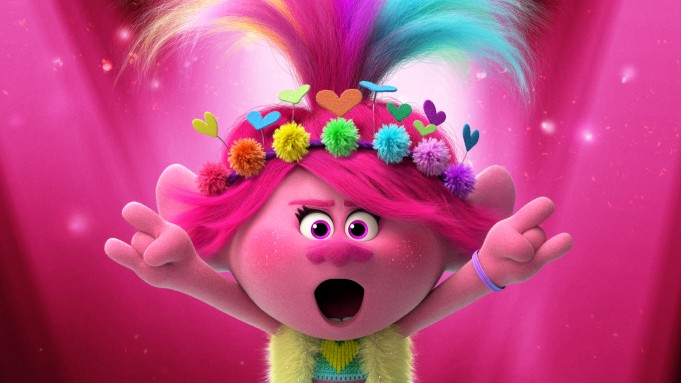 The first major release to bypass cinemas and launch exclusively in our homes thanks to lockdown, Trolls World Tour can now be experienced in all its candy coloured hysteria on the big screen.

Our beloved trolls from the earlier film, led by the always-cheerful Princess Poppy (Anna Kendrick) and her forlorn, anxious admirer Branch (Justin Timberlake), learn that they are not the only trolls in existence. Apparently, there are six different tribes, each identified by a musical genre. When rockers Queen Barb and King Thrash set out to destroy the other music, Poppy and Branch embark on a daring mission to unite the trolls and save the diverse melodies from becoming extinct.

It’s delirious, but often in ways that are disarmingly weird and imaginative. It should be noted, the film opens with a troll sneezing in our faces, which is a hell of a way to begin a movie coming out during a pandemic, but I suppose editing that bit out would have compromised its artistic vision. (Jack Whiting)