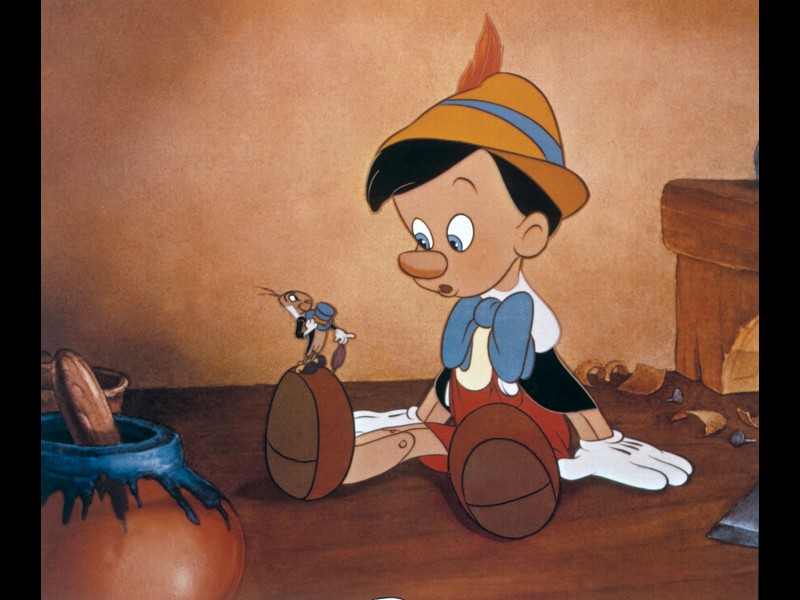 80 years old, one of Disney’s greatest remains as charming and emotionally resonant as ever.

Mister Geppetto, a lonely old toy-maker, sees his dream of having a son come true when he is visited by the kindly Blue Fairy. With one turn of her wand, one of his puppets, Pinocchio, comes to life, but he is still wooden. If Pinocchio proves himself brave, true, and unselfish, she will make him into a real boy.

Disney's second feature-length animated film followed after the success of Snow White. It was made during Disney's 1940s golden era, alongside Fantasia, Dumbo and Bambi. It became one of Disney's most enduring, mature and beautifully-imagined perfect works, a coming-of-age story about a boy who overcame temptation and learned courage in the face of fear and danger.

It is a parable for children, and generations have grown up remembering the words "let your conscience be your guide" and "a lie keeps growing until it's as plain as the nose on your face." It isn’t just a concocted fable or a silly fairy tale, but a heartening story with some beautifully crafted lessons in life. (Research Chris Coetsee) Fantastic - amongst a treasure of Disney originals, some here for the first time.