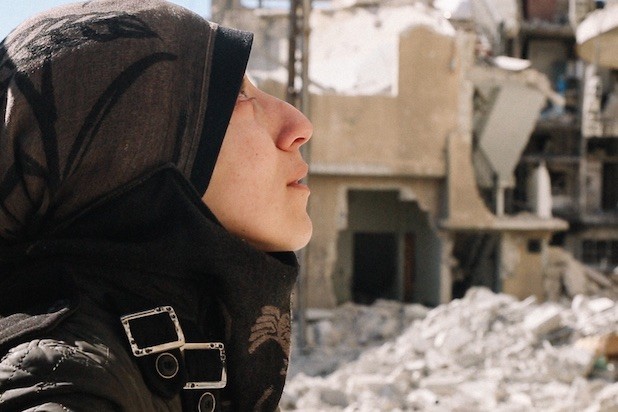 Feras Fayyad, the young Syrian documentary-maker who filmed Last Men in Aleppo (and was himself imprisoned by Bashar al-Assad’s regime) returns with a chilling and shaming documentary.

This time, he descends deep into the bowels of Eastern Ghouta, a suburb of Damascus that has been under siege for over five years, to an underground hospital dubbed ‘The Cave’. As he documents the experiences of the facility’s manager, 30-year-old Dr Amani, and her team as they attempt to cope with an unending line of wounded citizens throughout 2017 and early 2018.

But Dr Amani is a woman, and her right to save lives, as a manager and a doctor, is constantly being questioned sometimes by the very men whose families she is trying to help. As we follow her daily routine, from surgeries after attacks to sleepless nocturnal vigils, she fends off pressure from her parents to quit, and justifies herself to various men as a decision-maker. Acute sociological tension mingles with the physical and psychological terror of bombings and chemical attack. the resulting film is desperate, devastating and essential. (Jack Whiting) Western numbing to the daily horrors of wars in the Middle East, doesn’t silence their cameras. So we will show what gets out.