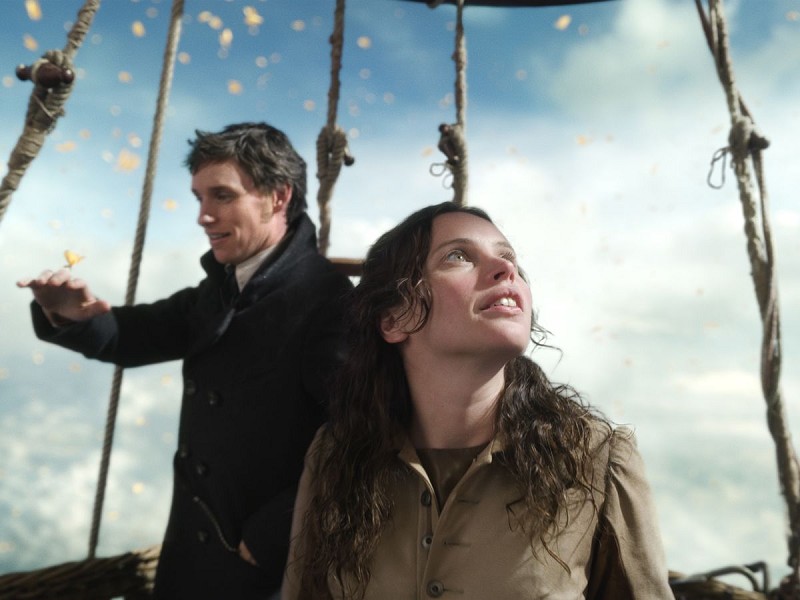 Funny old things, hot air balloons. Once the future of aviation, they’re now seen as something of a curio in British culture.

Wild Rose director Tom Harper would like to remind us of the majesty of these wonders of aviation in this thrilling adventure. Eddie Redmayne - who, at this point, is physically incapable of turning down earnest biographical dramas - plays meteorologist James Glaisher; he wants to prove to the doubting, guffawing fellows at the Royal Society that weather can be measured and predicted.  Felicity Jones is a fictional renegade pilot named Amelia Rennes, a perky young woman who has to fight against patriarchal bias to get anywhere.

With the most vertiginous of vistas, this hot air balloon takes to the skies and soars, taking the film along with it. From the ringing of church bells which echoes on high, to a thunderstorm, to the silence of the atmosphere above; The Aeronauts is the sort of soft and fluffy yarn that slips effortlessly into Christmas TV schedules, but one that deserves a spot on the big screen due to the two magnetic leads, and its soaring visual splendor. (Jack Whiting)