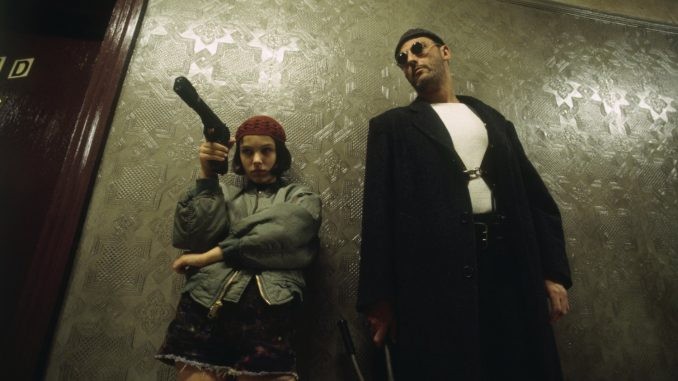 The French master Luc Besson came through with what is one of the oddest guardian-child relationships (who adopts who). In this his English language debut, Jean Reno plays Leon, the coolest assassin ever, with fantastic new (then) child-star: Natalie Portman as Mathilda.

At only 12-years-old, Mathilda returns one day from running an errand to find her dysfunctional, family wiped out after a corrupt undercover police raid, led by psychotic cop, Stansfield (a terrifying, Gary Oldman). As luck would have it, it turns out she lives next door to a very quiet assassin: Leon. Reluctantly he takes her in. Let the story begin.

The film has everything it needs to be an action thriller in every detail, high on emotion. Outstanding performances, mind-blowing action, loads of tension and violence, on top of which is a truly amazing screenplay.

“Having one career highlight performance in a film is a treat. Having three is just spoiling us” (Total Film)

“Reno's performance of hangdog loyalty lends his character pleasing sympathy, while Besson's heavily stylized direction builds tension around sexy violence.” (Film4) What a tepid writing for a film so hot.

The three performances are shining-brilliant from the start. One of the most thorough thrillers from the last 25 years.