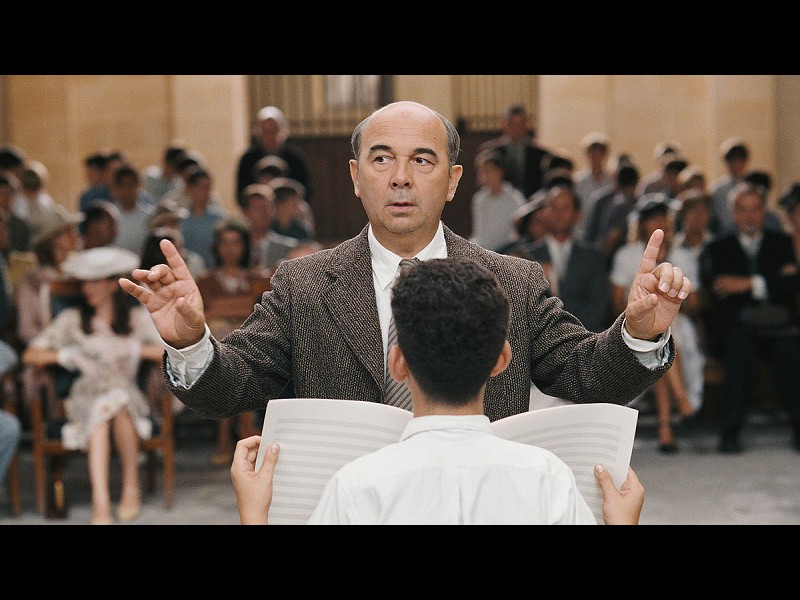 This was among our first foreign language miracles-in-film, first at the Rex in the summer of 2005. It continued a sell-out into the following year and the next and beyond. It remains a most beautiful piece of French film-making returning here as part of this year’s back catalogue.

As a new teacher arrives at a school for disruptive boys, he awkwardly and quite unwittingly, sets about changing their lives. A huge success in its native France and its (then) newly adopted home The Rex, The Chorus is a heart surging tale of an inspirational teacher and a rag-tag of abandoned and stranded children.

“With the music of Jean-Phillipe Rameau at its heart, it is not only a beautiful and warm film to cherish, but a celebration of the universal language of song.

Director, Barratier manages to draw naturalistic performances from his youthful cast while Jugnot brings great warmth, genuine care and humour to his role as the odd-man-out teacher.” (Universal) Their faces will start you, the music will take you, the storytellers will do the rest. You must come. It is exquisite. Heart warming and breaking all at once.

It won’t be back for ages. Bring the street.