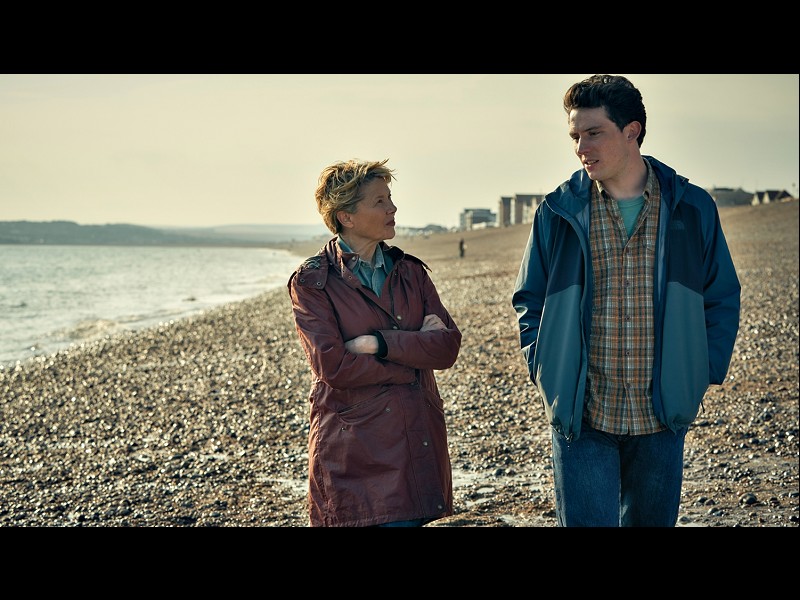 Annette Bening and Bill Nighy star in this poignant depiction of how longtime partners can drift apart without either fully knowing it.

Grace is approaching her 29th wedding anniversary with Edward. She’s a homemaker while he writes and researches Wikipedia entries. It’s clear he’s the harried husband who can never make Grace happy and she’s the scolding bully; demanding and self-serving. When Edward decides to walk away from his domestic torture, Grace’s egotism and neuroticism are exposed as she struggles to come to terms with both her and Edward’s new and separate lives.

Bening, quietly in the running for star of the century, proves you can hand her just about anything and she'll turn in a performance so ferocious and original that it’ll completely transform a film. Coupled with sweeping landscape photography, she turns the crisp, cold beauty of Seaford, Sussex into a metaphor for Grace's chilly marriage.

Entertainment Weekly described this as Marriage Story for boomers, with only one side of the story to tell. Hers is, at least, a pleasure to watch. (Research Chris Coetsee)